Doing it yourself doesn’t mean doing it alone! 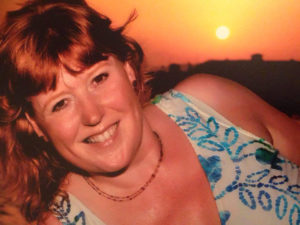 I finished the second draft of my second novel ‘Dilemma’ about three weeks ago and had lived deep in the world of Ellie Rose and her clinic Touch for six months. I felt a small sense of bereavement when it winged its way to be edited, and I had nothing to write. Every time I started to do something else, I had a guilty moment, thinking I should be writing the book.

I’d promised myself that I’d have a break from the long project and a bit of fun writing short stories, but temporarily my mind was blank. Thank heavens for my Facebook and Instagram friends. I asked if they could come up with prompts to get my mind whirring and they did.

“Write about the dilemma of not writing ‘Dilemma.’

“It was a dark and stormy night…’

‘and she smiled to herself knowing…’

I decided to give myself an exercise and include them all. The result of which is a short story called ‘Storms’ which you can sign up to read in my newsletter at https://angelacairnsauthor.co.uk/signup excerpt below…

“The newly finished manuscript lay fat on the seat beside Isaac in a manilla envelope.  As he arrived in the village, he had hesitated outside the tiny village post office, like a man with a dilemma. Shaking off his indecision, he grabbed the envelope, strode into the tiny shop and dumped it on the scales by the counter. He muttered, “First Class,” in answer to the question of the lady behind the counter, then watched as his manuscript joined the other small packages behind the counter and began its journey to his agent. The sense of accomplishment at finishing the book and his certainty of its quality began to slip away as soon as the manuscript left his hands

All the way home, the wind, screamed “Imposter,” and buffeted his jeep.  Isaac tormented himself with the lash of his agent’s words from twenty years ago, when she had received his last manuscript,

“Predictable, formulaic, lacking originality. Isaac, it won’t do,” she’d said, “They are expecting a worthy follow up to ‘Where Nightingales Sing’ this is second-rate in comparison. I can’t give this to the publishers.”

‘Where Nightingales Sing,’ was Isaac’s blessing and his curse. He’d won the …prize, for the best debut novel, had been acclaimed, feted, and his second book eagerly awaited. He remembered the long days imprisoned in his study where he had tried to write that second book. His imprisonment had also been inside his treacherous mind, where any inspiration had deserted him. During that time, his wife Cara, at first so proud of his writing, in love with his stormy good looks, and delighted by his artistry, had become bored by poverty. His desperation had grown, as he angrily deleted page after page and ideas eluded him. But worse, he remembered the huge dark eyes of his daughter Mabel steadily looking at him as the study door closed again. Then had come the alcohol, the cigarettes and the infidelity as he tried to escape the terror that engulfed him. Cara had left, taking Mabel with her after their last drunken quarrel had been seen by their sleepy child. She had said, “I can’t let this happen again,” …

Moral of the blog, although writing can be a solitary occupation, it doesn’t have to be that way.

AN AUTHOR OF NOVELS AND SHORT STORIES